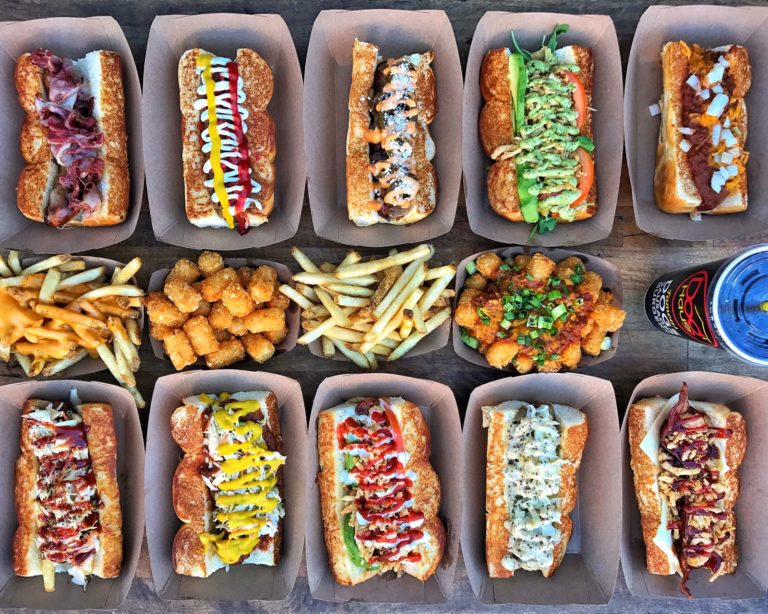 Branded on the Mic

What Do Hot Dogs, Michael Jackson and Ghost Kitchens have in Common?

In the latest episode of Hospitality Hangout, Michael Schatzberg “The Restaurant Guy” and Jimmy Frischling “The Finance Guy”chat with André Vener, partner and co-founder of Dog Haus. Dog Haus is known for its signature all beef Haus Dogs and handcrafted proprietary Haus Sausages, as well as its 100% genetically tested, humanely raised, hormone- and antibiotic-free Black Angus beef from Creekstone Farms.

The founding partners are three friends who share a passion for creativity, quality and commitment to community. Hagop Giragossian, Quasim Riaz and Andre Vener opened their first Dog Haus in Pasadena, California in 2010.

Frischling starts out the episode by asking the Trivia Tuesday segment question, “Was Vener a guest at Michael Jackson’s funeral?” Where the answer will be revealed at the end of the show.

Vener talks about Dog Haus and says they have about sixty locations in twelve states and the restaurant is known for dogs, sausage, burgers, hot national chicken sandwiches, plant-based foods, a kick-ass bar program and their virtual brands.

Vener is asked about his foresight to create virtual brands prior to the pandemic and the launch of The Absolute Brands. Vener talks about breaking down the Dog Haus menu to create five different companies by looking at items that were ordered for take out. During the pandemic Dog Haus was able to give their franchisees the opportunity to offer brands that had been created only for ghost kitchens. They would be able to have five concepts to offer for delivery since the bars and restaurants were shut down. Dog Haus went from minus 45% in April to being up 12.5% in the second half of the year with all of the shutdowns.

The virtual kitchens started running solely within their stores but have since partnered with Kitchen United, Kroger and CloudKitchen to grow their reach. Vener talks about the convenience of having Kitchen United brands in a grocery store. He shares how you are able to order from multiple brands all in the ease of placing one order. This is also a great way to introduce the name of brands to grocery store customers.

To hear Tuesday’s Trivia answer and how Vener is bringing Bad-Ass Breakfast Burrito concept to a brick-and-mortar, check out this episode of Hospitality Hangout.

For more information, please get in touch with us directly.